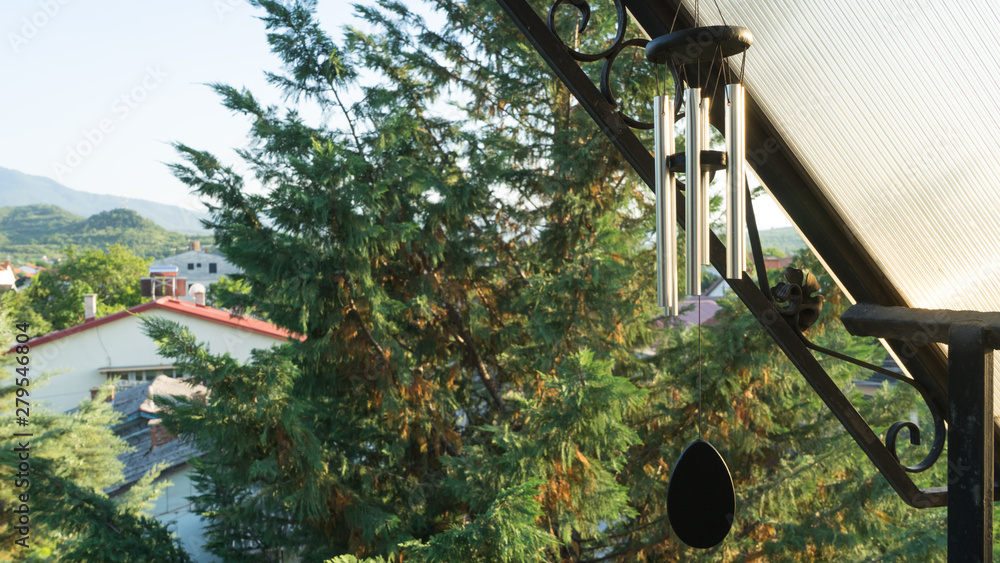 From your seat in a leather desk chair, you gaze out the window in your writing room. The wind chimes you bought when you moved into this house have lost the clapper during the past winter, and the black enamel has eroded, leaving the silver tubes exposed to the havoc of blizzards and storms. You have not heard the instrument’s  melodies since your last German shepherd passed. In mid afternoon a finch alights on the aging deck to perch on a post beside the chimes in order to survey the sky for red-tailed hawks and the terrain for cats before flying into a viburnum. After this year’s finch flutters away, you continue to read from Moby Dick and an anthology of movie poems. Films you would call them, if you were a cineast. For weeks, you’ve wondered if the white whale has been retired from the literary canon as you drew near to the end of the book without any of the ambushes you would expect from Jaws or the squid attacks in Twenty Thousand Leagues Under the Sea. On your porch the finch skips back into the sunlight, and you notice its feathers shedding February browns in favor of the radiance from an April sunbeam. The bird chirps a song you can hear through closed storm windows. Just such a finch has visited your springs throughout the lives of all the German shepherds you have companioned. Perhaps the absence of the Leviathan in your adventures turns you toward an enigma that might be kindness. Toward a silent conundrum that might even be joy.

Michael Brockley is a retired school psychologist who lives in Muncie, Indiana. His poems have appeared in Fatal Flaw, Woolgathering Review, and Visiting Bob: Poems Inspired by the Life and Work of Bob Dylan. Poems are forthcoming in Flying Island, Last Stanza Poetry Journal, and the Indianapolis Anthology.