Did you know that Converse College offers two non-degree seeking options for creative writers wishing to hone their skills?

If you are looking for an immersive experience and want a taste of what a writing residency is all about, Converse now offers the Brief Immersion Residency.

Immersion students join MFA students and MFA core faculty in the residency workshop as a non-degree, non-credit student. Work is discussed meaningfully and at length with all participants providing critique and feedback. Participants also attend craft lecture offerings and other classroom activities as well as faculty and visiting faculty readings.

Converse also offers a Lecture Pass allowing the holder to attend some or all craft lectures held during the residency session and is available to any writer holding a bachelor’s degree, or to any college student entering or currently enrolled as a senior. Lecture passes are also available to Converse alumni. Both full and half passes are available for a small fee. Lecture pass attendees receive no academic credit and they do not attend any writing workshop, only craft lectures with the half pass, or craft lectures and readings with a full pass.

Converse is accepting applications NOW for this year’s Summer Residency scheduled for May 31 to June 8th at their Spartanburg, South Carolina campus. Apply here.

DEADLINE FOR APPLICATIONS IS MAY 10TH FOR READERS OF ZINGARA POETRY REVIEW. Just say you learned about the opportunity here.

So what are you waiting for – apply today! 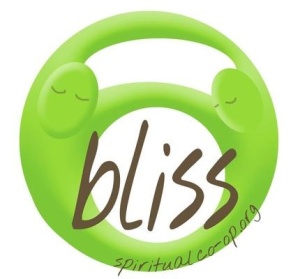 I am happy to announce that I will be teaching  a creative writing class open to community members at Bliss. Thanks to Tish for providing such a wonderful space for dream incubation

No registration required! Attend all eight weeks or drop in when you can!

Come learn about or deepen your understanding of poetry, memoir, creative non-fiction, essay and short fiction writing. During this eight-week class, we will explore how the raw material of our life experiences informs our artistic expression and how we can develop those expressions into finished pieces. Each class will focus on a specific sample or style of writing from which students will generate their own work by responding to prompts, engaging in invention activities, and emulating the sample writing itself. Time will also be set aside during each class for students to read aloud from any new work they wish to share (always optional). All levels are welcome.

Hub City Executive Director, Betsy Teter, offered a warm, heartfelt introduction to the evening’s event and expressed gratitude for Mulkey’s considerable contributions to Spartanburg’s literary community. In addition to writing poetry, Mulkey happens to be the director of the Converse College Creative Writing MFA program, also in Spartanburg, and participates in writing groups as well as promotes writers, publishers, and artists in the area. After a generous and deserving applause, audience members settled into their seats just as the setting sun cast an ambient glow through the plate glass window.

Mulkey took the microphone first to thank everyone for coming and explained that the evening’s guest readers had been asked to read their favorite poems from the collection. A happy challenge, according to the readers, who each admitted to having had a difficult time narrowing their choices down to just one poem.

The first of Mulkey’s literary friends to read was poet and visual artist, Tom Johnson, who read “Blind-Sided.” A discursive narrative weaving memoir-like reflections triggered by the poem’s epigraph about the only known incident of a person being hit by a meteorite, “Blind-Sided” presents scenes in which the speaker or other characters of the poem are taken unaware, or literally “Blind-Sided” by the kinds of bizarre events the universe and its inhabitants have a way of throwing at individuals. Both corporeal in its acknowledgement of the pure weirdness of being human and existential in its incorporation of heavenly bodies (such as meteorites), “Blind-Sided” is as satisfying in its lyrical story-telling when read aloud as when read silently. It’s easy to understand Tom’s choice and his flawless recitation was appreciated. As an aside, Johnson has a book of poems just out with 96 Press and an exhibit of his visual art, “A World of Readers,” is on display from September 6 through November 13 at the Pickens County Museum of Art & History in Pickens, S.C.

Next, poet and author of Voodoo for the Other Woman, Angela Kelly, read “Outlaws,” a short poem that she said appealed to her for its subject matter – moonshine. It begins “My father ran moonshine, corn whiskey, / white lightning, Devil’s Rum, from Bramwell / through Bluefield to Bland” (1-3) and contemplates how possessing an “outlaw” gene might nuance the speaker’s life. Kelly’s spunky reading suggests her appreciation for self-sufficiency and her selection provided another facet through which to view Mulkey’s style.

Poet Claire Bateman chose the poem “Music Theory,” one of Mulkey’s newer poems. This persona poems marvels at a son’s ability to play the bass “with so much passion the framed family portraits / in the room beneath his grind against walls” (1-2) and suggests that, on his journey out of the underworld, “Orpheus didn’t look back in doubt, but in amazement, / that…one tuned string…/ could make us believe all would be right” (12-14). Bateman’s soft, lyrical voice had the added benefit of making audience members sit very still as they leaned forward to listen with anticipation.

Scott Robbins, a bit of a rule breaker, read two selections: “The Well-Tempered Clavier” and “Sontagmusick,” from Mulkey’s quartet of poems about Fanny Mendelssohn titled “The Invisible Life.” Robbins began by apologizing in advance should he start singing his selection as he previously set the entire quartet to music so remembers them as song. The first poem of the quartet, written from Fanny’s perspective, evokes a youthful confusion over what she wishes to be versus what she is expected to be: “As father said,” the poet writes, “femininity alone is becoming in a woman. / Yet this morning I woke to write a lied, and last week / finished another” (6-7).  Robbins’ second selection, and fourth section of the quartet, depicts Franny as a successful composer within the salon concert culture, or “Sontagmusick” (despite her father’s avid discouragement). This section contemplates things overlooked, including “the Prussian peasant, the exiled virtuoso, / the swallow’s cry” (6-7) and asks “What story aches behind the tongue?” (10). The entire quartet is a haunting and empathetic study into the fleeting nature of creativity and life, and as apt as Robbins’ rendition was, justice for the entire poem would be hard to capture on such occasion, causing this review to insist readers of this blog read the poem for themselves. While at it, they should explore Robbins’ compositional work of Blue Ridge A Capella.

Fifth to share their reading talent was Mulkey’s biggest fan, and wife, Susan Tekulve, who began by humorously admitting to liking Mulkey’s poems about herself most. As an act of resistance to her preferences, she chose to read “Hummingbird,” which begins “Imagine each liqueur-soaked rose as a potential love affair / on this capricious tour of blossom-scented air” (1-2) and evokes a plethora of sensuous images throughout, illustrating yet another facet of Mulkey’s poetry; and if it were not already clear to anyone who knows Rick and Susan, Teculve’s fondness for her husband and his poetry certainly came through her reading of this poem.

At last, Mulkey returned to the microphone and once again thanked his audience and literary guests before bringing denouement to the event in the very best way possible: by reading his poetry. Included in his selection where “What Superman Feared Most,” which contemplates the daily worries of the average American, “Cheese,” celebrating the working class, and “Earning a Living,” an unflinching look at mediocrity. Concluding his “set” was the deeply touching “Why I Believe in Angels,” a poem that simply has to be among Susan’s favorites.

Ravenous is described as a collection of stylistic variety and deep concerns. This reviewer would add that within these pages readers will also find empathy and irreverence, contemplation and assessment, lyric moments and engaging narrative, prompting me to wonder why you are still sitting there – go buy a copy now! In the meantime, here’s a selection of Rick Mulkey’s poems for your reading enjoyment:

Bluefield Breakdown,  at The Writer’s Almanac

Available at Barnes and Noble.com