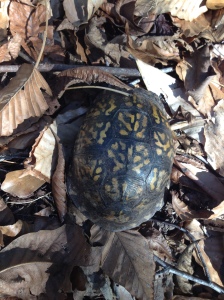 It’s cloudy and wet in Charleston today, the air swampy and pungent as is typical of August in this region. While I am still not used to it, I am less unused to it than I was three years ago when I moved here from Albuquerque. This morning, instead of taking my usual stroll around the neighborhood and down the bike path that runs through West Ashley, I opted for the treadmill at the gym where the air is at least somewhat controlled. I even followed up with 30 minutes of yoga before making a quick visit to the chiropractor for some therapeutic attention to what some call my “boulder shoulders”. I am blessed with a Tuesday/Thursday teaching schedule this semester so can look forward to spending my Mondays much in this way — at least until Midterms when grading papers will take precedence over feeling good.

Last week marked the beginning of the fall semester and was filled with last-minute revisions to class syllabi, office hours, and lesson plans. The early semester juxtaposition of high energy and intense focus sometimes makes me feel a little schizophrenic. Though I felt exhausted by the time Friday rolled around, I was charged from meeting this year’s new crop of students. I can already tell it’s going to be a great semester.

I opted to teach two classes this semester so that I might focus on other projects, namely submitting poems and poetry manuscript to suitable markets. Though it means tightening my belt and cutting out quite a few extras (and not so extras), I think that the trade-off will be worth it, even if it’s just more time to write and submit. Up until this year, my submission activity has been pretty light. I will be buckling down this semester and getting my work out into the world.

Meanwhile, poems for the 2017 Zingara Poetry Picks are streaming in at a nice pace and my community Creative Writing classes are going well. It’s great to be back in full-swing again.

I want to share with you a few of the thoughts that are running through my mind grapes this day; little odds and ends – snippets that might deserve further development or investigation:

That’s it for this Monday Minute. Leave your comments below and have an interesting, curiosity-filled week.

1 thought on “Organ of the Soul”