Pijush Kanti Deb is a new Indian poet with around 261 published or
accepted poems and haiku in around 90 nos of national and
international magazines and journals. His best achievement so far is the publication of his first poetry collection, Beneath The Shadow Of A White Pigeon, published by Hollow Publishing. 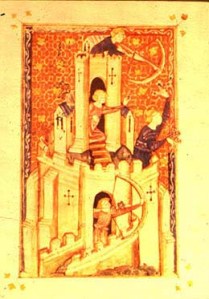 Since about the mid-twentieth century, feminists and historians have gradually, and, sometimes painfully, worked to restore the voices, images, and contributions of women and reinstating them, incrementally, into history and the literary canon.

While it’s long been understood that women are as instrumental as men in the making and destroying of empires, whether domestic or of a grand scale, their contributions have consistently been relegated to dark corners and back kitchens.

In time, perhaps women’s roles will be as obvious and as representative as those of men, and to that end, I offer today’s prompt, which incorporates two distinct approaches to poetry: ekphrasis and persona.

Ekphrasis, in simple terms, is a response to a piece of artwork. Contemporary poets often stretch this tradition to include popular culture, music, television, movies, and every day objects, in addition to traditional or contemporary art.

Persona, on the other hand, is stepping into another’s shoes and telling a story from their unique perspective. This approach takes a great deal of imagination and is often tweaked to fit a poem’s purpose.

You are probably familiar with the novel, Wicked by Gregory Maguire, which explores the untold stories of Oz’s Wicked Witch of the West, and Girl With the Pearl Earring by Tracy Chevalier, which reinvents the female subject of Vemeer’s painting of the same title. Both stories respond to existing works of art and both consider the perspective of withheld or otherwise down-played characters to create a compelling story.

For today’s prompt, consider works of art which were created by or feature women. Think expansively and include in your perusal everything from ancient art to modern Hulu favorites. Your piece of art may be a song, a hand crafted item, carefully prepared food, a character from mythology, or even an image as recognizable at the Mona Lisa. Don’t give up too easily; instead trust that you will know the right subject for your poem when you see it.

For further inspiration for today’s prompt, check out “Women Defending Castle With Bow and Crossbow” by Christine Stewart-Nuñez  over at Verse Daily.

The exterminator has taken away
the small carcasses
and left the smell of Lysol
and coiled snap traps
baited with peanut butter.
Your eyes mourn
those tiny missing lives
wanting there to be
a mouse heaven
free from human dominance.
My laughter makes you wince
and cry even harder.
I hold myself open to you
but even
in my most comforting arms
you cannot find
the slightest hint
of comfort.

Richard King Perkins II is a state-sponsored advocate for residents in long-term care facilities. He lives in Crystal Lake, IL, USA with his wife, Vickie and daughter, Sage. He is a three-time Pushcart nominee and a Best of the Net nominee whose work has appeared in more than a thousand publications.

Be early, though you’ll inevitably be late. Don’t forget
to tip whoever drives your cab, your shuttle bus. Tolerate
children. Your passport photo will never be flattering,
because you are not allowed to smile. Bring liquor
or melatonin or antihistamines or whatever sedatives are legal
these days. Sleep to avoid jet lag, or exhaust yourself to avoid
jet lag, or don’t bother with either, because they won’t work.
Gum won’t stop your ears from popping. Say Bless your heart
to flight attendants and ticketing agents and mean it. Think
Bless your heart to TSA and customs agents, but don’t say
anything, because it might come out wrong. Observe
how Earth is only a map when you’re 30,000 feet up. Accept
the loss of control, admit you’re at the mercy
of mechanics, logistics, weather.

Allyson Whipple has an M.A. in English and a black belt in Kung Fu. She is currently studying poetry through the UT-El Paso Online MFA Program. Allyson serves as co-editor of the Texas Poetry Calendar, and is the author of the chapbook We’re Smaller Than We Think We Are. She teaches at Austin Community College.

Locust tree etches the sky –
lime green pooling into blue.
Bumble bees have begun to lumber
over winter’s parched, crumbling remains.
These are the days when dawn shimmers,
North Star singing away the night.
A robin chirps from the brush line,
and bluebird ripostes, rusty breast swelling.
Dew pearls grass, irises spearing the earth.
Where do we go from here?
A line of spider web shivers in the breeze.
Ants march the porch railings.
I am frozen in yesterday’s words,
morning light on your empty chair.

KB Ballentine’s work has appeared in numerous journals and publications. A finalist for the 2014 Ron Rash Poetry Award, she was also a 2006 finalist for the Joy Harjo Poetry Award and was awarded the Dorothy Sargent Rosenberg Poetry Prize in 2006 and 2007.  Fragments of Light(2009) and Gathering Stones (2008) were published by Celtic Cat Publishing. Her third collection, What Comes of Waiting, won the 2013 Blue Light Press Book Award.

Illuminator of delicate foot bones
and dental caries, my father’s machine flashes,
then disappears into the blur of folklore.

A switch sent crackling waves between
two wires, then voila! a spirit-print, an X-ray.
Found in the cellar, decades later: sheets

of skeletal arms and hands shelved in dust
like Freud’s dreams of his own anxiety—
forgotten, then recalled—the dream

of leaving home naked,
or of teeth falling out like hail stones.
High on a shelf rests my father’s invention,

a tango dance of round coils in a box
of black bakelite and red mahogany,
the grain polished so deep I could show you

the original forest growing within.
Get to know your shadow he would tell me
through ringlets of smoke.

None of us in the whole of our lives
will ever be seen for who we are.
Once, in an experiment to see what

could happen next, I tore up my shadow, then
pitched the little pieces out the window
just to watch them scatter,

lit like snow in moonlight,
my naked shadow—
hissing and swirling in the dry black.

Catherine Anderson is the author of The Work of Hands (Perugia Press) and In the Mother Tongue (Alice James Books). Her third collection, Woman with a Gambling Mania, appeared in 2014 with Mayapple Press and was named as one of the Kansas City Star’s top books of the year.